Alpha Lipoic Acid (ALA) is found in every cell in the body. It is a powerful antioxidant and plays a major role in cellular energy production, helping to turn glucose into usable energy (ATP).

What really sets Alpha Lipoic Acid apart from other antioxidants is the fact that it is both fat and water soluble. While most antioxidants are either water or fat soluble, it limits their potential reach in the body. This allows ALA to reach every cell in the body, promoting energy production while eliminating free radical accumulation. [1]

The Smart Choice for Brain Health 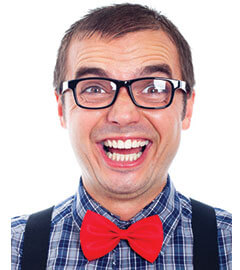 The brain requires an enormous amount of energy, meaning cells are working overtime to convert food energy into usable cellular energy. This creates a surplus of harmful byproducts known as free radicals, damaging nearby cells and inhibiting optimal cellular function.

In order to clear away free radicals and repair the damage they cause, the body needs an ample amount of antioxidants. The difficulty with detoxifying the brain is getting enough antioxidant activity to where it is needed most.

The semi-permeable barrier that protects the brain (blood brain barrier) repels many harmful toxins, however it also makes it difficult for many antioxidants to reach the brain. This is where Alpha Lipoic Acid comes in as a powerful brain detoxifier.

ALA is both water and fat soluble, it can easily pass through the blood brain barrier and neutralize the stubborn free radicals found in the brain and nervous system. Helping to repair the damage they cause, improving brain health and cognitive function. [2]

ALA is capable of enhancing the function of other powerful antioxidants, helping to recycle and regenerate oxidized forms back into their active forms. None more important than glutathione.

Glutathione levels decline naturally as we age, hindering immune function and the body’s ability to effectively detox itself. Alpha Lipoic acid has been shown to restore intracellular glutathione levels, fortifying levels of the body’s master antioxidant. [2]

Nrf2 is critical for the Phase II detoxification process, ALA helps to promote Nrf2 activity by acting as a pro-oxidant. Causing mild cellular insult to help prompt a localized Nrf2 response. [2]

Some fitness benefits of ALA are obvious, such as the role it plays with cellular energy production and metabolism. It also fights free radicals which flood the body during bouts of intense exercise. These benefits are both critical and hugely beneficial for athletes, gym-goers and everyone else trying to live a healthy life, but ALA doesn’t stop there. 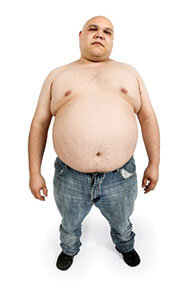 One study examined the effects of Alpha Lipoic Acid on 360 obese individuals over a 20 week period. The results were quite conclusive, the group that supplemented with ALA lost significantly more weight than the placebo group. [3]

There is no magic weight loss pill that will provide you with the body of your dreams effortlessly. But there are certainly supplements that will help with weight loss efforts, ALA is one of these supplements. Pair it with a healthy diet and regular exercise routine and the results will speak for themselves. 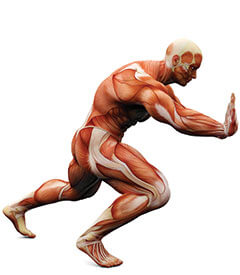 Alpha Lipoic Acid plays an important role in cell signalling pathways, helping to regulate the inflammatory response and repair process throughout the body.

The cellular metabolic process is integral to the body’s repair process. By promoting the ability for cells to turn glucose into ATP while removing harmful toxins, ALA helps promote the body’s natural repair process.