Enhancing glutathione production is only one of the remarkable health benefits of N Acetyl-L-Cysteine though.

Like other antioxidants, reducing cellular toxicity is one of the premier functions of N Acetyl-L-Cysteine.

A popular clinical use for NAC is as a treatment for acute liver toxicity due to acetaminophen poisoning. [2] By supporting NAC levels, the liver is able to clear away the harmful toxins and regain normal function. Just going to show how integral this antioxidant is for our liver health and detoxing capabilities.

Acute liver poisoning just showcases the powerful effect N Acetyl-L-Cysteine has on toxicity levels, but it has also been proven effective in improving liver function and health in individuals with non-acetaminophen induced liver failure. [3] 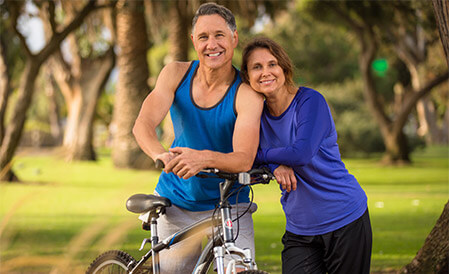 Reducing total body toxicity levels helps turn back the hands of time, and not just by improving the appearance and health of the skin, hair and nails.

Neurodegenerative diseases are a growing concern in our increasingly toxic environment and diet. Common disorders like Alzheimer’s Disease are occurring more frequently and earlier than ever before.

Major contributing factors for the development of Alzheimer’s Disease include heavy metal toxicity in the brain and nervous system, causing severe oxidative damage. Heavy metals are exceptionally difficult for the body to get rid of naturally, allowing these harmful substances to accumulate over years and decades until they manifest into severe, life threatening neurodegenerative disorders.

N Acetyl-L-Cysteine helps to neutralize these free radicals immediately, limiting the damage they cause. [5] This helps combat oxidative damage to the cells as well as limits the accumulation of peroxides during physical activity.

Neutralizing the harmful byproducts of cellular energy production is extremely beneficial for athletes and avid gym-goers, but it is only the tip of the iceberg. NAC can help to delay muscle fatigue during prolonged exercise, effectively improving physical stamina and endurance. [6,7]

The core concept of bodybuilding and exercise in general, is to break down muscle tissue in order to re-build it. This causes an immense strain on the body, impacting immune function and energy levels. Supplementing with N Acetyl-L-Cysteine can help negate the harmful byproducts of exercise in order to optimize physical performance, energy production and the recovery process.

The flu or influenza virus plagues most people once or twice each year. It is a stubborn virus that can last for days or weeks, with a wide range of unpleasant symptoms.

N Acetyl-L-Cysteine has been proven to naturally inhibit the lifespan of the influenza virus, as well as dramatically lessen the severity of the symptoms. [8]

The importance of antioxidants are not secret, they are vital to our health and well-being. By improving your antioxidant status with powerful supplements like N Acetyl-L-Cysteine, you are promoting the production of the most powerful, natural antioxidant; glutathione.

Improved antioxidant levels translate into a plethora of health and fitness benefits. Helping to enhance the health and function of every bodily system and process.

Science that makes sense and results you can prove.

Noticeably improve your health and your life with N Acetyl-L-Cysteine.