Coenzyme Q10 (CoQ10) is utilized by every cell in the body, it is absolutely vital for energy production and cellular metabolism. Widely used for the powerful fat loss benefits, CoQ10 is far more than an energy boosting fat burner, it is also a remarkably powerful antioxidant. 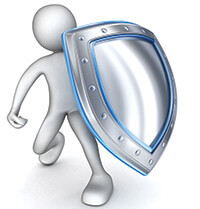 Free radical damage is the leading cause of the aging process and disease manifestation. Brought on by a myriad of factors, free radical damage accumulates in the body, severely hindering cellular function and health. [1]

Antioxidants are the body’s natural defense against free radical accumulation, capable of clearing away these hazardous threats and repairing the damage they cause. Because free radicals are a natural byproduct of the cellular metabolic process, it is a never ending battle between antioxidants and free radicals. [2]

Reduced CoQ10 is essential in order to neutralize free radicals produced through the metabolic process. Found in its highest concentrations in organs which require the most energy, CoQ10 is paramount to our heart, brain and liver health. [3]

Supplementing with oral Ubiquinol CoQ10 is an effective way to significantly improve antioxidant activity and improve the health and function of virtually every cell in the body. [6]

The mitochondria is the most crucial component in cellular energy production. Thought of as the power-plant of the cell, it is responsible for converting food energy into cellular energy. CoQ10 is a potent free radical scavenger, particularly in the lipid and mitochondrial membrane of the cell, essential for the health and function of every energy producing cell. [7]

Converting the energy found in carbohydrates and fats into adenosine triphosphate (ATP), which is the form of energy used  by our cells, requires Coenzyme Q10. An essential cog in the mitochondrial electron transport chain, accepting and transferring electrons during the metabolic process. [8]

CoQ10 impacts cellular energy production on multiple levels. Helping to ensure optimal mitochondrial function by detoxifying the cell, helping to transport electrons and protons through the mitochondrial membrane and converting energy from glucose into ATP. 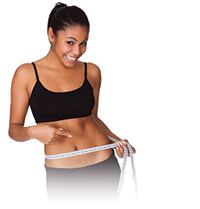 Coenzyme Q10 for weight loss is a popular topic, and for a good reason. Insufficient CoQ10 levels can prevent food energy from being used up, instead it is stored as fat. It will also affect blood glucose levels which can have a profound effect on weight gain. [9]

An essential piece in the metabolic process, high CoQ10 levels improve the body’s ability to use up fat deposits and burn them off passively for cellular energy. This gives it a sort of “magic weight loss” benefit, allowing you to burn up unwanted fat without any effort. However the effects are compounded when coupled with exercise and a healthy diet.

When low-density lipoproteins (LDL) found in the arterial walls is oxidized, it is thought to be an early indication of the development of atherosclerosis (hardening of the arteries). Coenzyme Q10 can help to inhibit this oxidation, especially when coupled with Vitamin E. [7]

During bouts of intense exercise, the body requires a huge boost in cellular energy production, which in turn leads to a huge boost in free radical production. CoQ10 helps to ensure the cell is converting food energy into ATP effectively, as well as helping to neutralize the free radicals produced as a result of energy production. This is thought to improve physical performance and prevent reactive oxygen species from damaging healthy tissue.

Improved CoQ10 levels have been found to help reduce exercise induced muscular injury. Some studies have also shown that it can help prevent the sensation of fatigue during intense exercise. [12,13]

If your supplement does not specify which form of CoQ10 is used, you can be sure it is the cheaper of the two. In order to yield the maximum health & fitness benefits of CoQ10, supplement with the active Ubiquinol form.

4. Kontush, A., Finckh, B., Karten, B., Kohlchutter, A. and Beisiegel, U. (2014). Antioxidant and prooxidant activity of alpha-tocopherol in human plasma and low density lipoprotein. 1st ed. [ebook] Hamburg, Germany: Journal of Lipid Research. Available at: http://www.jlr.org/content/37/7/1436.full.pdf.